TCF in the media

Support following the loss of a child

Thank you to TCF member, Alison, for writing to The Guardian newspaper about the support she has received through The Compassionate Friends. Her letter was published in the print and online editions in February 2020. Fantastic publicity for our charity - we reprint her words below.

Support following the loss of a child

Alison Bender draws readers’ attention to The Compassionate Friends charity in the hope of helping anyone who is grieving.

Following your article (You never stop grieving, G2, 3 February), concerning the death of a child, may I please draw readers’ attention to The Compassionate Friends, a registered charity that is a network of bereaved parents, grandparents and siblings offering support to other similarly bereaved family members who have suffered the death of a child or children of any age and from any cause. The solace to be gained from the company of other parents who “just know” is hard to describe to those who have not experienced the anguish of this particular sort of bereavement. TCF is not very widely known – perhaps because most parents, myself included, shrink from contemplating losing a child. It was not until two years after the death of my 20-year-old daughter that I came across TCF, but it has helped save my sanity, and I wish I had found it sooner.

Christmas is not a celebration!

John Rainsbury writes... My wife and I have been attending TCF meetings in Bristol since we lost our 6 year old son Will on Valentines Day this year following a 9 month battle with an aggressive Brain Tumour.

Will was a beautiful, adventurous and “oh so cheeky” little boy, full of life and adventure. After a couple of weeks of feeling sick in the morning, we were referred to Bristol Children’s Hospital for a precautionary CT scan. After going through the standard questions and flying through the physical neurological tests, we were starting to feel awkward that we were wasting everyone’s time with a suborn tummy bug. We then got the news that the initial review of the scan was clear and we were to be discharged. We were packing up our things when a Consultant we hadn’t met came in ashen faced, the initial review was wrong, they had found a golf ball sized brain tumour! In a moment our world was shattered and we were in freefall.

The freefall continued, with each test came bad news. Eventually our diagnosis was a Group 3, Medulloblastoma, a particularly aggressive and metastatic variety. Treatment started swiftly and was intense including: a 12 hour brain surgery, 32 radiotherapy sessions, 6 months of high dose chemotherapy and multiple further surgical procedures.

I signed up to a retreat for bereaved siblings. It was the best thing I could have possibly done 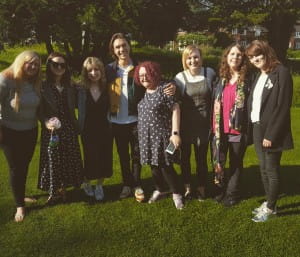 Writer, Hayley Minn has spoken in the media about the death of her younger brother, David, and how the retreat for bereaved siblings run by The Compassionate Friends has helped her. Thank you, Hayley, for sharing your experience.

'My parents and I joined a group called The Compassionate Friends, and I signed up to a retreat for bereaved siblings. It was the best thing I could have possibly done...Surrounding myself with people who knew exactly what I was going through, and being able to talk openly with others who had this deep connection for the worst possible reason made me acknowledge how I was really feeling." 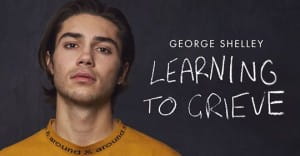 "Grief is like glitter...however much you try to clear it up it never really goes; little bits always remain".

In May 2017, the musician and presenter George Shelley tragically lost his sister in a sudden accident. Harriet Shelley was 21 and her brother's closest confidante. In his first documentary, George courageously opens up about his struggles with grief.

Having spent the last 12 months struggling to talk about his loss and to deal with it, George embarks on a series of extraordinarily candid and raw discussions with his parents and best friend in a bid to help him cope with, and better understand, the process of grieving. He opens up to them in ways he has never done before and, for the first time, also speaks to other young people who have suffered the loss of a sibling and who have found peer support through The Compassionate Friends. George finds talking and sharing with other bereaved siblings at a Compassionate Friends retreat earlier this year helpful in understanding and coping with the grief for his sister.

On Wednesday 15th August 2018 BBC Radio 4 covered the topic of child loss and parental grief for an adult son or daughter.

You can listen to the discussion between Jane Wessman, bereaved mother of Billy who died aged 44 in 2015, Carolyn Brice, CEO of The Compassionate Friends, and Julia Samuel, pyschotherapist, at the link below: