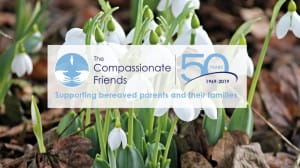 The Compassionate Friends 50thAnniversary Gathering for bereaved parents, siblings and grandparents will be held from 1- 3 November 2019 at the beautiful Horwood Estate in the heart of the Buckinghamshire, UK countryside.

With inspiring keynote speakers, a wide range of thought-provoking workshops and supportive discussion groups, a programme of active activities and much more, we hope to offer a wonderful weekend where we can come together to share our grief and our love for our child or sibling, and find understanding, hope and friendship. There will also be plenty of relaxation and social time too and a chance to spend time with some of our international colleagues from around the world, who are joining us for this very special weekend commemorating 50 years since the founding of our unique charity, The Compassionate Friends. You can read more about the history of our charity here.

INVITATION TO BID IN OUR CHARITY SILENT AUCTION 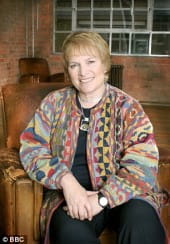 Libby Purves is a novelist, journalist and was for 40 years a regular broadcaster for BBC Radio 4. She writes for the Times of London and other newspapers and magazines and is a theatre critic.

Her twelve novels include SHADOW CHILD, and she also writes about sailing and family matters.

She is married to the TV presenter and author Paul Heiney, since 1980, has a daughter, Rose, and lost her son Nicholas in 2006 to suicide.

Libby will be talking about her son, her experience of being a bereaved parent, and what helped her (and what didn't). 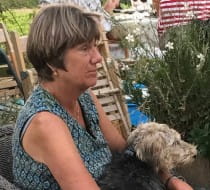 Sue Miller was born in Hampshire in 1954 and went to a Quaker school in Somerset. She worked with books, in publishing in London and then bookselling in the West Country, before becoming involved in local politics in the Somerset village where her two daughters went to school.

Her elder daughter Charlotte died in 2002. She had been on a gap year between her foundation Art year and her degree course in Bristol and was visiting Ecuador. The local company’s failure to keep the mains electricity safe caused her death. 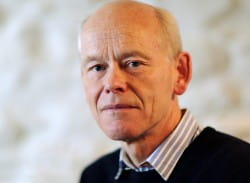 Hamish Elvidge is married with four children aged 29 to 38. He had a 30-year career at J Sainsbury plc as Finance, IT and Change Director from 1996-2006 and finally, as Competition Inquiry Director before retiring in 2010.

He is chair of The Matthew ElvidgeTrust, which was formed after his third son, Matthew took his own life,aged 23 after a very short period of anxiety and depression. The Trust aims to increase understanding and awareness of the importance of good emotional wellbeing and mental health, especially in young people and ensure people receive the right professional support. The Trust provides funding to Students Minds, Nightline and other student led organisations promoting mental health in the education sector and is a founding member of the Universities UK Mental Health Advisory Board and a member of the University of Bristol Mental Health Advisory Board.

He is Founding Chair of the Support after Suicide Partnership, which is a network of organisations that support people bereaved or affected by suicide. It has recently been appointed by NHS England to develop a Central Hub of information and resources and support the implementation of new suicide bereavement support services in every area of the country, following publication of the NHS Long Term Plan in January 2019. 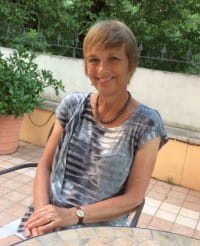 I trained as a counsellor in the mid 1980’s , having a background in mental health as a social worker. Once qualified I worked as a counsellor in general practice for fifteen years, supporting patients with a range of issues including anxiety, depression, trauma, and relationship problems .

I had a year out to take a career break , travel and work in a local coffee shop.

It was then that I felt that I wanted to write about all I had learned from meeting with bereaved parents. In the end I wrote a book Bereaved Parents and their Continuing Bonds; Love after Death, which in some way became my continuing bond with the families I had had the privilege to meet, and who had shared so much with me. 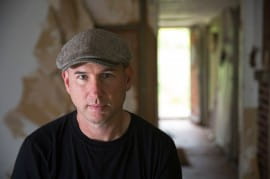 Thomas Harding is a journalist who has written for the Sunday Times, Financial Times and the Guardian, among other publications. He co-founded a television station in Oxford, and for many years was an award-winning publisher of a newspaper in West Virginia. He is also the author of the Sunday Times bestseller Hanns and Rudolf: The German Jew and the Hunt for the Kommandant of Auschwitz. He lives in Hampshire, England.

In July 2012 Thomas Harding’s fourteen-year-old son Kadian was killed in a bicycle accident. Shortly afterwards Thomas began to write. The book, Kadian Journal was the result. Beginning on the day of Kadian’s death, and continuing to the one-year anniversary, and beyond, Kadian Journal is at once a record of grief, a moving tribute to a lost son, and a celebration of a life lived to its fullest.

"A wonderful book, unflinching in its portrayal of the agony - and fury - of grief but at the same time filled with the incandescent love and joy felt by a father for his son, his beautiful boy. Rarely has that intimacy been so lyrically and beautifully described." (Sally Brampton) 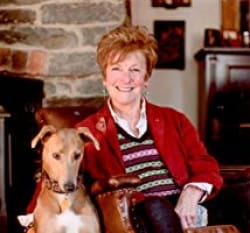 Linda Hurcombe is a mother, teacher, author and editor. She has raised and treasured two children, Sean and Caitlin*. Caitlin died by suicide in 1998 aged nineteen. In 2001 Linda discovered the godsend of The Compassionate Friends following Caitlin's death. She edited the TCF quarterly newsletter Compassion, from 2001-2003.

Linda taught English Literature in the USA and the UK at both university and secondary levels for more than 27 years. She has published several works of non-fiction; the catalyst for two of these books sprang directly from Caitlin's death and from her own and her family's grief--Losing a Child: Explorations in Grief (2004), and Depression: Healing Emotional Distress (2007). 2019 year greets the publication of The Jesse Tree, a novel for the 'forever young'.

*www.caitlinskickstartaward.org.uk is an educational charity, founded in 2001in Caitlin's memory.

On the 16th of October 2014, I lost my darling son Saagar to suicide. Since then I have developed a keen interest in the workings of young minds, their design, their expression and their challenges. I have also come to learn about the NHS and its limitations when it comes to looking after young people. I am now a Mental health activist and educator, a qualified trainer in Youth Mental Health First aid and have trained many teachers to identify students in difficulty at an early stage. Through writing and speaking, I endeavour to engage with as many people as I can so that we can work together to prevent young suicide through raising awareness and reducing stigma.

I empower people with skills so that they can understand the vulnerabilities of those around them and be aware of their own fragility. I aim to enhance the confidence of carers by supporting them with knowledge on how to interface with services and resources. I also work with bereavement families, enabling them to cope with their pain. 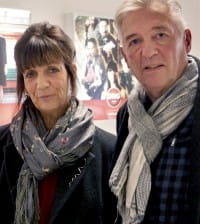 One cold but sunny Sunday morning seven years ago two policemen knocked on Jane and Jimmy's door to convey a message from the British Consulate in Vietnam. Five hours earlier their son Josh (22 years old) had died in a road accident on the Ho Chi Minh Highway just south of Hanoi. That was the start of a new journey for them and a new way of looking at life.

In 2013 they made SAY THEIR NAME a short film for The Compassionate Friends. By now they had learnt that social anxieties about death and bereavement are magnified when a child dies and many parents become isolated from their communities, feared by their friends and ignored by professionals.

A year later they formed THE GOOD GRIEF PROJECT with the idea of travelling in honour of Josh although our main objective was always to produce a documentary that would shed light on how grieving for a child is so different from other types of grief. So came in 2017, A LOVE THAT NEVER DIES, part home movie, part road movie, visually exciting and full of compassion, this is a documentary that is unique in its story telling, full of insights and a raw honesty made possible only by the fact that both filmmakers and subjects share a common bond. Grief is the form love takes when somebody dies. A LOVE THAT NEVER DIES gives a voice to that grief.

They are a husband and wife team. Jimmy Edmonds is an experienced and Bafta award winning documentary editor with over 100 broadcast credits for BBC, Channel 4, ITV and other broadcasters. Jane Harris is a fully qualified psychotherapist with 30 years clinical practice.

When a hospital chaplain in Coventry in 1969, Canon Simon Stephens founded The Compassionate Friends , together with Joe and Iris Lawley, Bill and Joan Henderson, and and Betty Rattigan.

He understood grief profoundly, both from his own experience of family tragedy and from having worked with Elizabeth Kübler-Ross and Mother Theresa. He fostered the creation of TCF organisations in the USA and many other countries. He remains the much-loved Patron-Founder of TCF and has spoken at TCF events throughout Australia.

FIND OUT ABOUT SPONSORSHIP