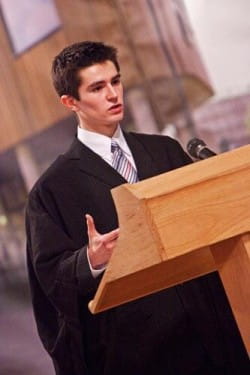 My son, Gianni, died on 25 October 2013. He slipped and fell into the Thames after a night out. He was 23 and had just qualified as a barrister. All parents say it, but we were extraordinarily close even though he lived in London and me in rural West Wales. His dad died in 2006 and - another cliché I'm afraid - he was my rock, and an (over) protective, fiercely loving brother to his sister Maya, who is now 22.

I thought I understood grief after Gianni’s dad died. This, as anyone who is part of the TCF community will unfortunately know, is a different world, a different magnitude.

What TCF has given me is understanding. The Facebook group is somewhere I go when I want to ‘turn my face’ to my grief. It is a group of ‘my people’. I wish they weren't my people; I wish none of us recognised each other's pain and bravery. We're not friends. It's beyond that. We are people who know that this doesn't ‘get better’, that we won't ‘get over it’. And the telephone line has been extraordinary at the darkest times. Twice I phoned on Christmas morning and just sobbed, knowing I could. Knowing I didn't have to explain.

Being understood and accepted in this horrific new world is a rare thing. When we put on our masks and face the world, kind and good people think we're ok. The Compassionate Friends know better. Thank you from the bottom of my heart.