Grenades and Guillotines with Cathy Rentzenbrink

Over 130 bereaved parents and siblings joined us online on the evening of 13th October 2020 to hear author Cathy Rentzenbrink speak movingly and with huge honesty about the unpredictability of grief and the impact the early loss of her brother Matty had on her life and her family.

Bereaved siblings, Hayley and Lily were at Cathy's talk and have reviewed the evening.

Bereaved mum, Shirley, also listened to Cathy and has shared her reflections with us.

“There is a life out there for you”.

These are the words that stayed with me after Cathy’s talk. They are the words that she would go back and tell her younger self after the death of her brother Matty following a car accident when she was 17. She wouldn’t want to try to fool herself and say that none of it matters but she would want her to know that, in the future, she would be glad to be alive.

Matty was in a coma for eight years, and in the space between him living and dying, Cathy still had a role; she was still a sister. She had loved being a sister and, after Matty died, she wasn’t any more. Cathy felt that her family had functioned like a car with four wheels, and then one of the wheels came off and left them struggling down the road. The family were in balance when Matty was here because he was `her’ person and then she was on her own in the back of the car.

When a tragedy like this happens, the grenades mentioned in Cathy’s title explode and `take someone out’ and the shrapnel hurts everyone else, so we become the walking wounded. The guillotine refers to a memory from her school days, when the sharp blade would come down and slice the paper in two – now the blade is the harsh reality that separates our old life from the new.

In the avalanche of grief that followed Matty’s death, Cathy feels that support could have made a difference. The unhelpful things others may say like “Time will heal” and “It will take a year” can make you feel `defective’ if you are not feeling better. It can make you feel that there is something wrong with you. Ultimately you realise that they are just trying to be helpful and that it is hard for everybody. The truth is it is more about accepting reality – this did happen. This is the life I have to live.

Questions from the audience were flowing freely, many of them about our surviving children (where we are lucky enough to have them) and how we can best support them. It’s easy as a bereaved sibling to pretend to be okay. Cathy still feels it (the accident) was her fault, because she was the older sister, and she didn’t keep Matty safe. She anticipates feeling lonely after her parents’ death, a fear shared by our daughter, herself the sole remaining sibling, and something we worry about on her behalf. 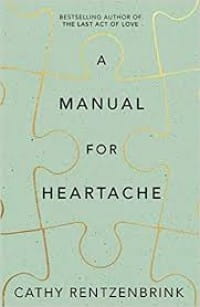 However, your relationship with a person doesn’t have to end with their death. It is important to find some way to navigate the world without them. It doesn’t matter what that means for you because all of us are different. Cathy finds Matty giving her very outspoken carer advice and urging her to `live a bigger life’. She had a brother for 16 years and she can be very grateful for that. She feels he is `keeping an eye on me’.

Cathy encourages us to `turn the volume up on compassion’ and to lower our expectations of everyone, including ourselves. It’s okay sometimes to sit and lick your wounds, to hibernate and go back to bed. She was lucky enough to have supportive, loving parents, who cared for her and did their best. She reflected that “all we are ever grateful for is that each other is alive”.

What was clear from listening to Cathy talk, was that even after grieving for Matty, reflecting on his loss for 30 years and the analysis that writing her books has required … after all this time … she still doesn’t want it to be true.

Purchase a copy of A Manual for Heartache by Cathy Rentzenbrink here.

All proceeds from sales go to The Compassionate Friends.