Skip to menu Skip to content
Home|Latest news | "If you've not been to one of these events, please go, you won't regret it".

"If you've not been to one of these events, please go, you won't regret it".

View our short video where parents talk about their experience at the March 2018 supportive weekend for parents in early bereavement.

The Compassionate Friends - weekend retreat from BEYOND GOODBYE MEDIA on Vimeo.

Bryan and Patsy lost their daughter and only child, Evie, just a few weeks ago Bryan has allowed us to share with you his thoughts about the TCF supportive weekend for newly bereaved parents at Willersley Castle in Derbyshire from 23-25 March 2018...

"Patsy and I have just got back from the Compassionate Friends Retreat in Derbyshire. Whilst this is a club that none of us want to join, being around people that understand, being able to talk openly and frankly about your child without people looking away, and just being able to cry without fear of judgement has been immensely liberating. Evie died just two months ago from a massive brain tumour and the pain is incredibly raw. But ..... after 2 1/2 days of discussions and openness we feel empowered to take on the future. Knowing that we aren't alone, knowing that we have new friends who WILL listen, knowing that it is just a few short months until we can go to another event such as this has given us the strength to get up tomorrow and tackle the future head on. It's not a future that we want, and the pain is still fresh and excruciating, but it is a pain that we can beat, thanks to a charity set up 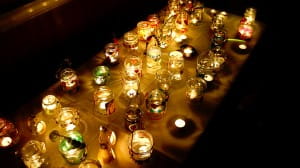 specifically for people like us. Thank you to 'Compassionate Friends' for being there, for being a shoulder, for creating the type of environment to draw together like-minded people. Our daughter was a beautiful human being, intelligent, creative and caring. We owe it to her to carry on, to preserve her memory and to honour her. If you've not been to one of these events, please go, you won't regret it".

Jimmy Edmonds of The Good Grief Project is a TCF volunteer. Here he shares his thoughts about the group for bereaved dad's he led during the weekend. 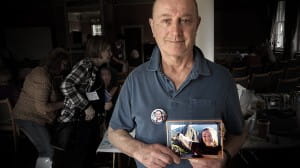 "I’ve been leading the father’s group a various TCF retreats for a while now and its good to see our numbers gradually increasing. The session at TCF weekend for those in early bereavement was well attended by Dads who were much newer to grief than I. It had taken me a full two years to be comfortable enough to come to a TCF gathering, or to talk about my grief with other men. There were father’s here who had lost children within the last few months!!

I wondering whether there has been a gradual shift in social attitudes in the way men are expected to manage their grief or whether its charities like TCF that making a big effort to accommodate more fathers into its midst.

In any case for one Dad this was the first time he had had the opportunity to meet other bereaved fathers since his daughter had died. “In any other situation” he told me afterwards, “we would get criticized for making such a stereotypical comment, but I am convinced that in general, Dads grieve differently to the Mums.” Not surprisingly this was one of the main topics of our conversation – Mum’s and Dads do grieve differently just as we all, whether father or mother grieve differently – we all have (or we all find) our own way to grieve. It is important to recognize that there is no rule book for grieving. At the same time its clear that the opportunity to share ones feelings with others in similar circumstances or from similar social groupings (i.e. bereaved dad’s) is important as we grapple with the task of coming to terms with the death of our child.

This father commented further, “…. it was good for me to meet other dads and realise that I've been behaving similarly to them: keeping busy; trying to 'fix' things; struggling at seeing our wives crying constantly; at times suppressing our emotions so as not to upset them further; feeling guilty over the odd bit of enjoyment we allow ourselves, etc.”

I suspect many if not all Dad’s will recognize these thoughts. Yes, we do want to try and fix things, yes we do hate to see our partners dissolve into floods of tears, and yes we do try and hide our own grief in a vain attempt to remain strong. Owning up to these fears (if that’s what I can call them) is also difficult which is why sharing them with others in a group that is both safe and non-judgemental is so beneficial.

As another Dad commented, “Too many men (are) not able to deal with what’s happening to them”. Like others he found reassurance from the way we all opened up on these common issues. In particular the way he was beginning to feel ‘a little isolated at home as friends drifted away’. Personally I can relate to this though I’m not sure what the answer is. Many of the emotions that come with grief are not seen as befitting a full grown man. To break down and weep in front of work colleagues is something we all fear (even if in actual fact it would bring out more empathy than we ever suspected). But to hide our feelings also has a cost as friends and family find themselves more and more unsure (and afraid) of how to respond to what could become an ever more ‘silent grief’. Yet to know this, to know that other Dad’s have and do face the same dilemma is also to find comfort that you are not alone.

What I like about the Father’s groups at TCF is that they aren’t so much about trying to find answers to problems (of trying to fix things), more they are simply an opportunity to remove the mask and just be who we are – dads who are desperately trying to come to terms with the death of their child and to accommodate it into the rest of their lives. For most this is stuff we have never done before. We didn’t learn how to mourn as kids, grief is not on any school curriculum, and everything we learn about being a man and a Dad leave us totally unprepared for death, least of all the death of our child.

I like to see these Fathers groups at TCF as a kind of bubble where we can learn from each other and practice expressing our grief in a safe environment all the better to deal with what may or may not be conscious insensitivities of the outside world.

And as another dad said the Dad’s group ‘probably more than anything’ was an occasion where ‘I made friends with several dads and I aim to keep in touch with them. I learnt that there is light at the end of the tunnel.”