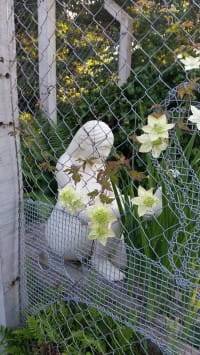 The first retreat for parents bereaved by suicide, addiction or substance use was held at Woodbrooke, in Birmingham, from 11-13 July. 52 parents came together, with 12 TCF volunteers, to share stories of their children, talk, cry and laugh together, find friendship, support and comfort. What a wonderful few days - filled with so much inspiration, hope, and understanding.

We received a many emails and letters about the retreat, and we have reprinted a few of these here to give you a flavour of this special gathering.

We hope to repeat this retreat in 2017 so look out for more details and dates.

From Alison Bender:
"I have been thinking such a lot about the Woodbrooke retreat, which I found so helpful. I would really encourage people to consider going to the one next year.

I am into my fifth year without Emma and as time moves on, opportunities to talk about her grow fewer. So to have a little time set aside to devote myself to doing nothing else except thinking and talking about and honouring my lost girl was so precious.

There were so many good things about the retreat: the size was just right; the TCF staff and volunteers were kind as ever; the time was structured in a way that made me feel safe and supported; the people were lovely; so was the food! The grounds were stunning. The accommodation was simple – Woodbrooke is a Quaker study centre. I am used to blocking out my thoughts first thing in the morning by listening to the radio – there was no TV in my room and I only had an old-style mobile phone with me. At first the morning silence made me uncomfortable – but, on catching up with events on the news after the retreat, I realised what a gift being cut off had been! And we were welcome at the Quaker meetings for time of quiet reflection too.

All the activities were brilliant. But the thing that has sustained me the most since I left came up in the last discussion group I attended, which was led by two facilitators quite a bit further along this path than me. They both said that, after a period of yearning for their children and wondering where they might be, they had come to believe that their children had come back - that they now resided somewhere inside them.

The idea that Emma's spirit or soul might have returned full circle to where it first began, at the centre of my being, gives me such comfort. Thank you both and everyone else who made the retreat such a wonderful experience".

From David Raw:
"Tears in the Men’s Group
We lost our daughter Jess when she took her own life on June 5th last year.

Fortunately I was persuaded by my wife to accompany her to the Retreat organised by The Compassionate Friend at Woodbrooke Quaker Centre.

The Retreat was for Parents bereaved by Suicide and Addiction. The word ‘retreat’ suggests running away. These precious few days were about us all meeting our grief and loss head on! No running away. I was anxious all the journey from home. I felt a calm as soon as we arrived.

We were at Woodbridge from Monday to Wednesday. We were offered a variety of activities including group discussions of one’s choice, walks, jigsaws, personal counselling sessions and decorating bottles for candles to help us remember our lost child.

The final group I attended on Wednesday morning was entitled ‘ Fathers’ reaction to losing a child’ (Men only) and was facilitated by bereaved dad Jimmy Edmonds.

It was intense. It was warm. We had a highly able Facilitator. Me and my fascination with words again. F-A-C-I-L-I-T-A-T-O-R. Somebody who makes things easier. We were kept to time and task. It was never easy. He highlighted common themes and brought us back to reflect on them.

We each recounted and shared our personal tragedy. Some had lost their child many years ago and some were within 18 Months of their loss.

Like the Walrus and the Carpenter “We spoke of many things” We raised issues about our worries of the different rates that spouses deal with their grief. We realised how different the loss might be to each parent.

We talked of the strain the grief places on that relationship. We shared ideas without delivering unhelpful advice to each other except support and encouragement. Some of us talked about a personal feeling of loss of confidence; about being The Captain of the Ship and losing that role. We shared a recurring theme about our dead children often being described as the Life and Soul of the Party. We had tears, mine and another. I found a space, amongst friends, to rehearse my feelings of my failings as a parent. We discussed when was the right time to throw belongings away. We shared all sorts of thoughts, doubts and strategies.

A very positive time. Well worth being there. It was tough and fruitful.

From Bill & Sheila Maskell:
"My husband, Bill and I had a safe journey home yesterday after our stay at Woodbrooke which affected us deeply. When I booked our places for the retreat some months ago, the lady I was speaking to on the phone said that we would meet 'some lovely people' and that is indeed what happened. Special mention must go to the wonderful Margaret and Gina, who are two amazingly talented, kind and compassionate women and the army of volunteers - all of whom worked so hard to make our stay the comforting experience that it was.

None of us would have wished or imagined in our worst nightmares that we would ever need to attend such an event and I still find it hard to believe the awfulness of what has happened but we were so kindly and well looked after and everyone made such an effort to be kind and helpful to each other that I hope, in time, it will contribute to a partial ability to live with the pain - although losing a child (even when they are adult) is a wound that never can really heal.

Woodbrooke needs some good feedback because they also looked after us so well. Every comfort was supplied from a clean and well acquitted bedroom to generous hot drinks and biscuits and fresh fruit and healthy and plentiful food - all served in a lovely, friendly atmosphere.

The discussion groups - though emotional - were rewarding and very well organised. Bill found the creative writing and men only group very helpful and apparently the men would have liked their group to go on for another hour.

So, finally, thankyou to TCF for being there and offering such unending depths of kindness and support to all of us who need it so much".

From Lisa McCulloch:
Retreating to Woodbrooke

I’m getting into the swing of these retreats. Getting there a bit earlier. Signing up quick-smart for the discussions, crafting, creative writing, counselling…plus I’ve got to fit in at least one walk and take some arty pictures. Squished in between all that, I’ll still need to eat, drink copious cups of coffee and chat,
and chat,
and chat some more.

I must have mentioned George, ermmmm, like a gazillion times. Awesome!

I definitely got a lot out of this particular retreat. Being specific to suicide and addition, also being part of the childless parent discussion. I really got loads off my chest. Said it just how it is, and no-one batted an eyelid. Just tonnes and tonnes of support, kind words and understanding.

The more parents I meet, the more hugs I get to give and receive ☺ I love hugs!

We don’t want to be bereaved parents – it’s the worst. But thank goodness for The Compassionate Friends. I honestly don’t know where I would be without you all. Thank you my friends".

The three days here were amazing ..lovely people beautiful surroundings..really felt at home with all those others who had lost children..it felt normal to cry and not be embarrassed