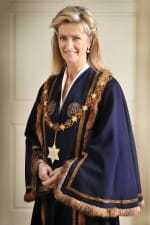 “To be asked to become President of The Compassionate Friends is indeed an honour, but what touches me deeply is the fact of being invited to join all of you who share our common bond of having a child who has died.

Each of us has known great sorrow, yet, The Compassionate Friends offers the comfort that we are not alone, the assistance to live through the pain, and the opportunity to go on to help others in due course.

I hope that I may be able to be of some small assistance to The Compassionate Friends, and I look forward to meeting many of you in the future”

Anna Bonham-Carter has been working in the art world since 1986 having started her business to support her three children. It has become Belgravia Gallery, based in London.

In 2001 she lost her son Sebastian to suicide at the age of 18 - a constant and devastating loss of a young man with so much promise at the beginning of what should have been a very productive life.

In his memory Anna has set up a fund which builds schools, classrooms and other facilities relating to education and welfare in poor rural communities in Tamil Nadu, India. There are also new thatched rural schools in tribal areas of the Jawadi Hills for children who have few opportunities outside subsistence farming.

She has been a member of The Compassionate Friends for over ten years and holds a special day for bereaved parents at her home every summer. There in the privacy of her beautiful garden, parents can share experiences, encourage others and remember. 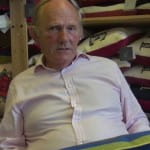 Christopher Compston recently retired as a circuit judge after 27 years on the Bench. He dealt with all kinds of cases but was particularly involved in family work.

He has been married twice and both sons from his first marriage have died. Harry, his first son died after 36 hours from a hole in the heart. Many consider that these early deaths do not matter. He profoundly disagrees, believing that neither his wife nor his marriage really recovered from this death.

Joshua, who was born a year later, died aged 25 in unusual circumstances. We will never know whether this was suicide or a very unfortunate accident. He was a fascinating, maverick figure whose death was reported in the national press. He was heavily involved in the Young British Artists movement in the nineties and two books have been written about him and there have been several television programmes and exhibitions.

From time to time Christopher gives talks on coping in these circumstances and well before Joshua’s death, he wrote books and led seminars on recovering from divorce and separation.

A committed Christian, he remarried in 1983 and as well as Emily from his first marriage, has three other children, all flourishing in different ways. His hobbies include travel, the arts, gardening, with great emphasis on family and friends. 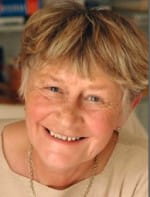 As one of the first Macmillan community nurses, Ann was involved in the setting up and running of St. Peter’s Hospice in Bristol. After five years, she left to consider home care for dying children, recognising the need to train community professionals in the principles of caring for a family where a child was dying.

She spent five years at the Dorothy House Foundation as a nurse consultant, ran workshops and helped to set up services nationally. She was lead researcher in a study at Bristol University to assess the support families received after the sudden death of their child. The findings revealed that community care was lacking both for parents and surviving children and so she conducted a further study to encourage health visitors to visit bereaved families and to take an holistic approach to their needs.

Ann has given papers nationally and internationally, has written many articles on bereaved children and co-published several books on sudden child death. She was also involved in initiating and running branches of Cruse in Bristol and Swindon, was chair of the consultant panel of the Child Bereavement Network, chair of the National Bereavement Research Forum, and set up and ran the Bristol Bereavement Forum to support those who care for bereaved families.

Ruthie Henshall is a bereaved sibling, having lost her older sister Noel to suicide in 2007.

She is an English actress, singer and dancer known for her work in musical theatre. She began her professional stage career in 1986, before making her West End debut in Cats in 1987. A five-time Olivier Award nominee, she won the 1995 Olivier Award for Best Actress in a Musical for her role as Amalia Balash in the London revival of She Loves Me (1994). Her other Olivier nominated roles are Polly Baker in the original London production of Crazy For You (1993–94), Roxie Hart in the revival of Chicago (1997–98) and the title roles in the original productions of Peggy Sue Got Married (2001) and Marguerite (2008). She made her Broadway debut in 1999 as Velma Kelly in Chicago and returned to the Broadway production to play Roxie Hart in 2010. In 2014, she took over the role of Mrs. Wilkinson in the West End production of Billy Elliot the Musical.

Timothy Knatchbull is a bereaved sibling, having lost his identical twin brother, Nicholas, aged fourteen, in an IRA attack on a fishing boat off Ireland in 1979, in which his grandfather, Earl Mountbatten of Burma, his grandmother and another boy were also killed.

The attack badly injured his parents and left him partially blinded and with “lasting emotional and mental wounds”. In later adult life he says, “I entered stages of a deep sadness and loneliness”.

In 2009, following several visits to Ireland, Timothy published From a Clear Blue Sky: Surviving the Mountbatten Bomb. He wrote, “Over time my symptoms started to fade and I found a sense of inner peace that I had lost the day my twin was killed. It was not simply his death which so devastated me. It was the violence of it; the suddenness of it; and my own inability subsequently...to make any sense of it, or to grieve for him, or feel a final acceptance of his death … I said goodbye.”

One review of From a Clear Blue Sky stresses that the “underlying message is very clear: everyone has confronted some troubles in life and the book sets out a powerful precedent as to how one might handle them”.

Sue Miller was born in Hampshire in 1954 and went to a Quaker school in Somerset. She worked with books, in publishing in London and then bookselling in the West Country before becoming involved in local politics in the Somerset village where her two daughters went to school.

Her elder daughter Charlotte died in 2002. She had been on a Gap year between her foundation Art year and her degree course in Bristol and was visiting Ecuador. The local company’s failure to keep the mains electricity safe caused the her death.

Michael Rosen is a renowned and influential children’s novelist, poet, educator and broadcaster. He was Children’s Laureate from June 2007 to June 2009, and has been a TV presenter and political commentator. He has won many honours and awards, including numerous honorary doctorates from British universities, and in 2008 he was presented with the Chevalier de l'Ordre des Arts et des Lettres (Knight of the Order of Arts and Literature) by the Government of France at the French Ambassador’s Residence in London. He is currently professor of Children’s Literature at Goldsmiths, University of London.

Among his many books are two which powerfully express his own deep grief on the tragic loss of his second son, Eddie, who died of meningitis aged eighteen. Following Eddie’s death, Michael Rosen wrote Carrying the Elephant: A Memoir of Love and Loss (2002) and then Michael Rosen’s Sad Book (2004), illustrated by Quentin Blake. Both books have brought comfort to many bereaved parents and siblings, and are much loved within The Compassionate Friends.

When a hospital chaplain in Coventry, Canon Simon founded The Compassionate Friends in 1969, together with Joe and Iris Lawley, Bill and Joan Henderson, and and Betty Rattigan.

He understood grief profoundly, both from his own experience of family tragedy and from having worked with Elizabeth Kübler-Ross and Mother Theresa. He fostered the creation of TCF organisations in the USA and many other countries. He remains the much-loved Patron-Founder of TCF and has spokne at TCF events throughout Australia.