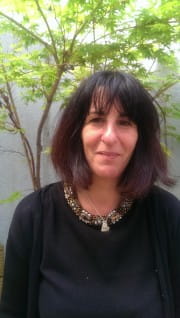 I joined The Compassionate Friends as a member very soon after the sudden death of my nine-year-old daughter, Rosie in December 2004.

I found TCF, and the people I met there, a lifeline and continue to attend my local support group. I became a National Helpline Volunteer in May 2008 and in October 2012 began a role in the National Office, sharing responsibility for administration and finance and then taking on the management of Charity Operations. My previous varied working life – including positions in publishing, training, teaching and retail – has given me a range of skills and experience to bring to my current role as CEO of The Compassionate Friends in the UK.

I live in South West London with my partner, younger daughter and our spaniel, Skye. I enjoy sailing, skiing and running – but I am equally happy curled up with a good book! People who know me say I am a motivated, enthusiastic and approachable person. I continue to find it an absolute privilege and an honour to be working alongside so many dedicated volunteers and staff to offer support, understanding and hope to bereaved parents, siblings and grandparents. 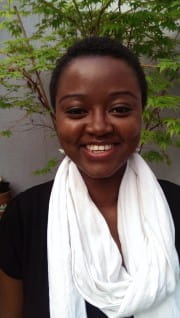 I joined The Compassionate Friends in early March 2015. Most of my adult life, I have been involved in charity and community work in support of causes which are close to my heart, and in different capacities, as I am a strong believer in giving back to community.

Although I am not a bereaved parent, I have been bereaved in many other ways. One thing I discovered on my journey of grief was the importance of a support network.

As a result, I recently started working with the bereaved services in my local community which allows me to walk alongside people who are grieving and providing them with support.

I am big fan of Jazz music; I read massively and globe-trot as much as I can, and I tend to go to a lot of Arts and Cultural events in my free time.

I look forward to getting to know the wider TCF community and to contributing my skills and abilities to the Finance and Administration team at the national office. 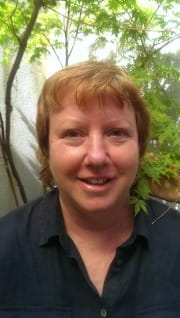 I joined the TCF staff team in May 2015 as the Helpline Coordinator, working on a part-time basis from home.

My connection with TCF began shortly after the sudden death of our ten-year-old son, Joel, in January 2009. I realised very early on that I would somehow have to ‘survive’ Joel’s death and, alongside the support of friends and family, TCF offers me the opportunity to do so in a way where I feel less alone and better equipped to manage his absence from our lives.

I have many years’ experience in office administration and am also a trained, person-centred counsellor. I am easy going, level headed and have a good sense of humour, enjoying being there for people. I am hoping these combined skills will contribute to being a good team player, to maintaining an efficient, caring Helpline for new and existing bereaved parents and to supporting the wonderful volunteers who keep it going.

Originally from Ireland I now live in Surrey with my husband and our daughter who is 19. I enjoy spending time with friends and family, love reading, cinema, theatre and travel, and much enjoy nature and walking. I’m increasingly appreciating the value of just being in the moment with life generally and look forward to contributing to the great work already being done by TCF. 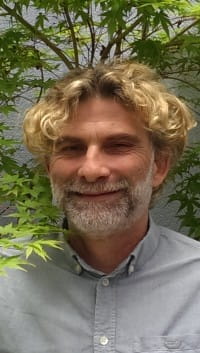 I joined TCF in April 2017. I am responsible for raising the funds that enable TCF to carry out its work supporting bereaved parents and families.

I have been a fundraiser for over 20 years having fundraised for organisations working in addiction, homelessness, international development and with vulnerable children. I came into fundraising via teaching English to business people and selling language and cultural awareness training to companies in London and the South West.

I live with my partner, a Finnish national. We do not have children, but our family is completed by our two Maine Coons: Sidney from South Africa and Bertie from South Norwood.

When not working, I love going to the theatre and reading (especially on the top deck of London buses!). We also love travelling, more frequently to Uruguay where we are working on our house, built in 1914, in the centre of Montevideo, the capital.

I have lived and worked in Papua New Guinea, New Zealand, Spain, Finland, the Cook Islands and South Africa.

I am thrilled to have joined TCF and look forward to having communication with you in the future. 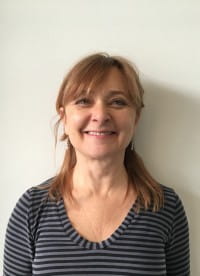 I learned of TCF shortly after the suicide of my daughter Emily in 2011 but didn’t become a fully signed up member until several years later.

I have a degree in drama with American studies and for several years worked in theatre and film, then moved into publishing where I worked for Virgin. After the birth of my two children I continued to copy-edit at home and even now complement my part-time work at TCF by working with a biographer and a novelist on their books. I also volunteer at a community centre where I do the washing up after a senior citizens luncheon club.

I used to love reading but since the death of my daughter have found it hard to concentrate enough to read much so I watch vast amounts of TV and go to the cinema and theatre as much as I can. I also took up life drawing a few years ago.

I live in North West London and joined the TCF office team as Events Coordinator in October 2017. Please feel free to contact me with any questions or suggestions about forthcoming events. 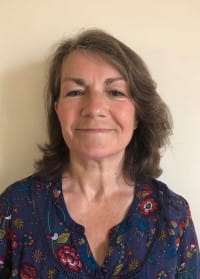 I joined The Compassionate Friends in June 2020. My role is to manage, develop and grow the Grief Companion Scheme. Grief companions provide voluntary, informal support and friendship to another more recently bereaved parent.

Having qualified as a Chartered Occupational Psychologist with a long and fulfilling career as a business consultant, my life changed overnight when our daughter Jess was diagnosed with primary bone cancer in August 2009. She died 16 months later aged 14 years old. I have since dedicated myself to supporting bereaved people by establishing a charity called My Blue Heart which aims to provide a way to show others you are grieving and to encourage empathy and support. I hope to combine my personal experiences with my business skills in recruitment, training and coaching to help TCF to grow and reach out to more families impacted by child loss.

I work on a part-time basis from my home in Suffolk where I live with my husband Mic and our youngest daughter Isabelle. We have a border collie named Talli and enjoy long distance walking. Our toughest challenge to date was walking the Pennine Way in torrential rain, 268 miles from Edale in Derbyshire to Kirk Yetholm just across the Scottish border. I have always loved being outside but especially so since Jess died. I feel closer to her outdoors and find it relaxing and peaceful. 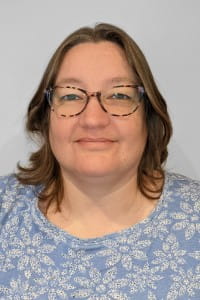 I joined the TCF staff team in March 2021 as the Regional Volunteer Coordinator (for Scotland and Northern Ireland), working on a part-time basis from home.

My only child Rory died suddenly aged 19 in December 2017, from what is believed to be Brugada Syndrome, a rare previously undetected genetic heart condition. Being acquainted with TCF has been my lifeline. I attended TCF’s Scottish Gathering in early 2018 just a few months after Rory’s death. The anguish I felt on first walking in there was replaced with hope, support, and such comfort from those further along in this new journey of life.

Working at the University of Edinburgh for many years has given me a well-developed range of skills and experience. I encourage, motivate, and coach people in being the best they can be, by working together in a calm and pro-active manner. I love to see people step out their comfort zone and learn new experiences, often surprising themselves with their own ability. I am hoping that I can use these transferable skills to support, complement and enhance the volunteers currently helping in Scotland and Northern Ireland.

I regularly attend the Glasgow TCF group and during these COVID times have been participating in both this group and some others arranged by TCF via zoom.

I live in a small market town in Scotland with my husband and our two pugs Rubi and Roxi. They really are a pair of pampered pooches. I am looking forward to being able to return to Old Trafford and following Manchester United in the football. I am delighted to be given the opportunity to contribute further to an organisation that has been a lifeline to me.

My route to TCF has gone via the world of advertising agencies where I planned and bought radio and press adverts for clients to marketing programmes for BBC radio 4 for over a decade. I founded an online fashion business with my husband, focusing on UK production and did everything from packing orders to trying on all the styles.

I more recently worked in charity marketing both for the yoga and the hospice sector organizing events and sourcing income. I am really excited to move across into the world of fundraising and hope to be able to expand TCF’s routes to fundraising, extend the awareness of what we do and be able to further the support given by bereaved parents and siblings.

I was bereaved as a child so have some understanding of the long route of grief and how it shows up in the most unlikely places.

I can usually be found on the yoga mat for my mental health or at the theatre for sheer joy. 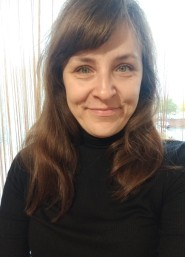 I joined TCF in October 2021. My role is to provide administrative support to the TCF staff team and volunteers and national office coordination. I have been working as an office manager for a few years in commercial and charity settings.

In 2016 I travelled to Malaysia and became a volunteer in a facility for mentally disabled adults. It was a life changing experience. I have always felt I want to dedicate my time and skills to support vulnerable communities and that was a time that helped me to take a step towards that dream. Since then, I have volunteered in many settings, most recently by providing support to refugees and disadvantaged communities in Lebanon.

For over a decade I have been a student of yoga, both on the mat and outside of it. I hope one day to use my yoga skills in my work with other people. In my spare time I enjoy furthering my knowledge about the history and politics of the Middle East.

I am looking forward to working with my colleagues at TCF and will do my best to provide essential and valuable support to the work of the charity.