Don’t Let Them Tell You How To Grieve 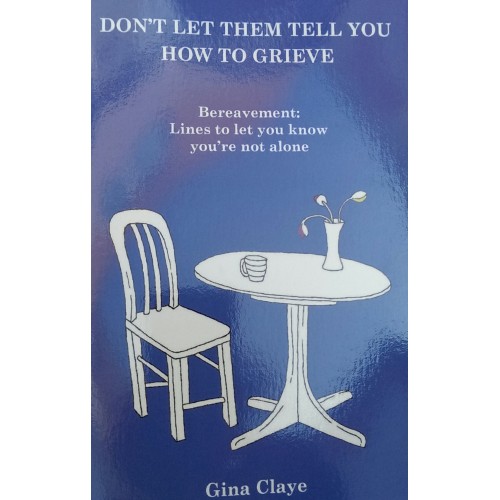 Bereavement: Lines to let you know you are not alone
by Gina Claye

In 1987 my elder daughter, Nikki, aged 19, took her own life. Then in 2003, Robin, aged 32, my son and close friend, fell ill in Singapore and died suddenly a few days later, of encephalitis. We were all devastated. I had lost two of my three children and my younger daughter, Rachael, had lost both her siblings. It was during the two years after Robin’s death that I wrote these poems. I could not have written them if I had not already gone through the grief of Nikki’s death. This time, although it was just as painful, I was able to observe and identify my thoughts and feelings. The poems helped me not only to come to terms with my own grief, but to create something positive out of the lives and deaths of my two children.